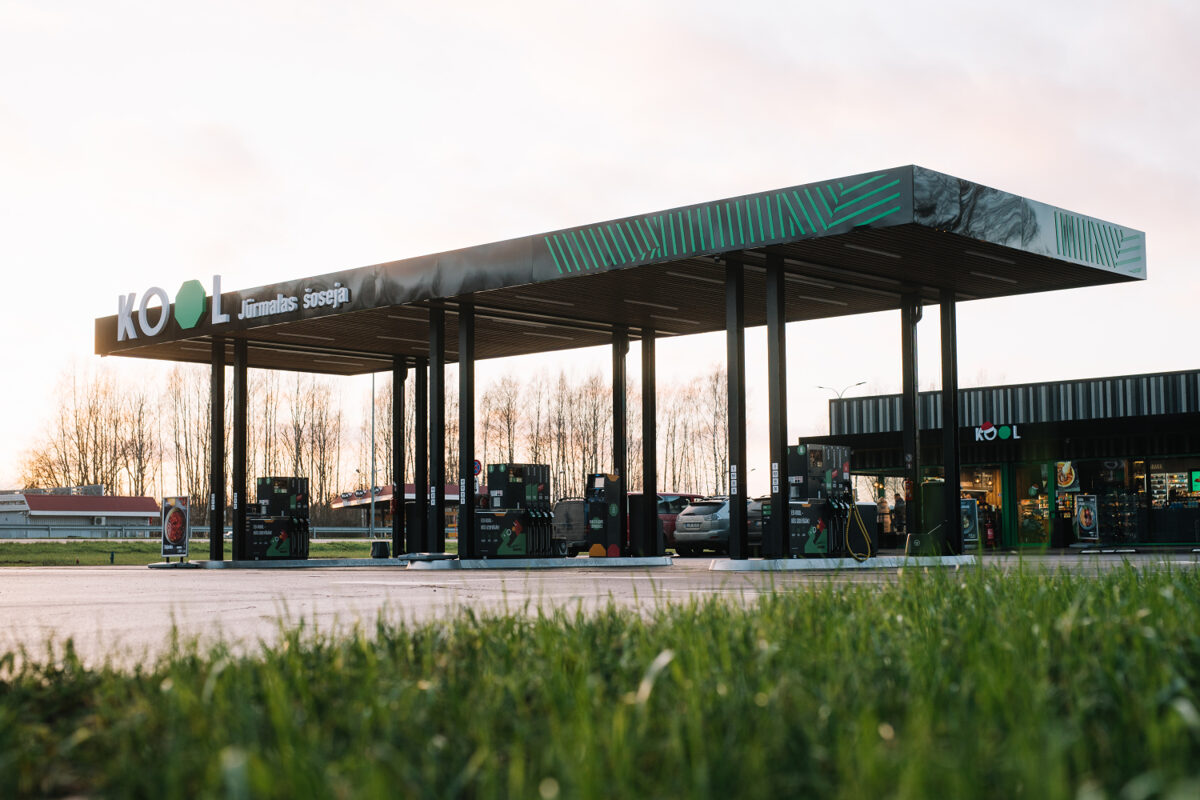 “We have been cooperating with our good neighbours the Latvians for many years,” commented Antti Moppel, Board Member of Aqua Marina, after signing in Riga. “Entering now directly into Latvian market, we bring in our market power, experience, and innovative mind, which will add value not only to KOOL Latvija, but to the whole Latvian petrol industry. Our strategic goal is to become a leading Latvian fuel and convenience retailer.”

“Developing KOOL and its network of fuel stations and convenience stores has been a challenging 3-year period, yet we are happy to have been part of their rapid growth journey,” said Mārtiņš Jaunarājs, partner at KOOL’s biggest shareholder Baltcap Growth Fund. “Now, when KOOL has established its market position, we have accomplished our main goal as growth capital provider. We are thankful to the management team and to our fellow investors for their contribution in developing the business. Considering Olerex leading market position in Estonia I trust Olerex will write the next successful chapter in KOOL´s growth story,” Jaunarājs added.

Normunds Igolnieks, partner at ZGI Capital, which provided KOOL with the initial growth capital back in 2016, partially sourced from the state-owned development finance institution ALTUM: “We have been with KOOL since its inception and are truly pleased with the swift development of the company, which has now been appreciated also by Olerex”.

Sandis Šteins, KOOL Latvija CEO and concept author, will continue managing the company. “Becoming the Latvian branch of Olerex international retail network opens up many new opportunities for our customers and accelerates our growth speed,” he emphasised.

After acquisition of KOOL Olerex becomes the only fuel company of Baltic origin, whose stations cover all three Baltic states.

Law firm Walless advised the sellers in the transaction, whilst Palladium law firm were engaged from the buyers side. The transaction was co-financed by SEB bank.

Aqua Marina is the holding company for Olerex and Olerex Terminal with 200 million euros in assets, established in 1990. Aqua Marina is fully based on the Estonian domestic capital.

Olerex is the Estonian fuel retail market leader with 100 service stations in Estonia and 5 stations in Lithuania. Olerex international fleet card for business customers is accepted in 5000 stations in the European Union, Ukraine, Belarus, Russia, and Kazakhstan.

KOOL Latvija is the ninth biggest Latvian fuel retailer by sales volume with 10 service stations mostly in Riga and suburbs, but also in Jelgava and Valmiera.

BaltCap is the largest and most experienced private equity investor in the Baltics covering buyout, growth, venture, and infrastructure investments. Since 1995, BaltCap has invested in over 100 companies across a wide range of industry sectors and raised aggregate capital of over €650 million.  BaltCap has a team of 35 investment professionals working across Tallinn, Riga, Vilnius, Warsaw, Helsinki and Stockholm offices.

ZGI Capital is one of the most experienced venture capital firms in the Baltics that started its operations in 2005. The investment period has been concluded for three generations of funds: ZGI-1, ZGI-2, ZGI-3 and now we are in investment period of ZGI-4 fund. ZGI Capital has won VC & PE sector awards for four consecutive years: in 2014, 2015, 2016, and 2017. ZGI Capital is registered in the Financial and Capital Market Commission as an alternative investment fund manager.