One of the most experienced venture capital fund managers in the Baltic States, ZGI Capital, has attracted private investments of 10 million EUR to the newly founded capital growth fund ZGI-4. At present, it is the largest private investment raising in Latvia for a state co-financed capital growth fund. The largest amount, or 7.5 million EUR, was invested in the ZGI-4 fund by Swedbank Ieguldījumu Pārvaldes Sabiedrība AS, which will increase its contribution to 11 million EUR as other investors are involved. It is planned that the new fund will invest both in the traditional industries of the Baltic States, and in the so-called new sectors of the economy, such as fintech companies. 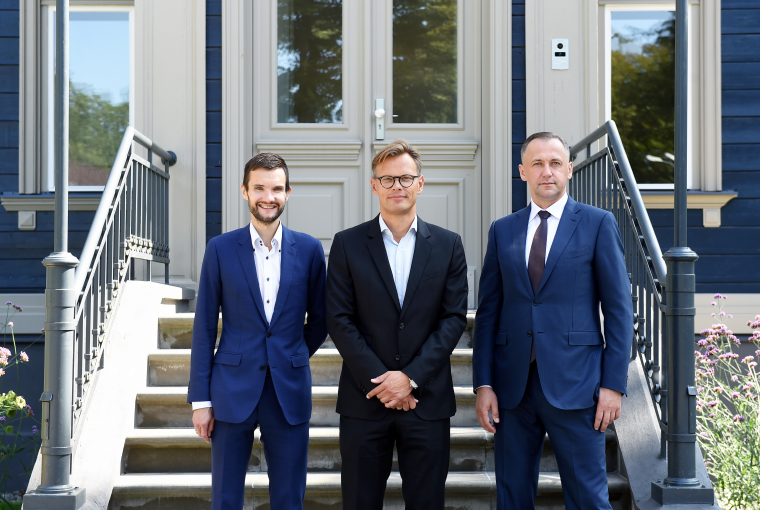 The total amount of the new growth fund ZGI-4 will be 25 million EUR, of which 15 million EUR will be financed by Development Finance Institution ALTUM from the resources of the European Regional Development Fund (ERDF), and 10 million or 40% of the total fund will be private sector investments, from of which 7.5 million are invested by Swedbank Ieguldījumu Pārvaldes Sabiedrība, and 2.5 million EUR by the Central Europe insurer Balcia Insurance SE founded in Latvia and other private investors.

Upon completion of attracting private capital, the fund manager ZGI Capital will be able to start work on the first investments. The volume of investments into one enterprise will amount to 3.75 million EUR. 75% of investments are planned for Latvian companies, and for the diversification of the portfolio 25% of investments can be made in companies of other countries of the European Union. ZGI Capital has extensive experience in investments in metal processing, woodworking, logistics, information technology, engineering, export of services, etc.

The manager of alternative investment funds ZGI Capital, four years in a row awarded with the annual award of the Latvian Association of Private and Venture Funds, was selected as the growth venture capital manager within the ALTUM procurement process at the end of 2017.

Juris Vaskāns, Member of the Board of ALTUM: "Attracting private investments of 10 million EUR to a venture capital fund financed by ALTUM is a very important event for the whole venture capital industry. This, of course, is an indicator of trust and a positive signal to other private investors who are considering investment opportunities in Latvia. We are especially pleased that the largest investor in our venture capital fund is Swedbank Ieguldījumu Pārvaldes Sabiedrība, placing pension fund plans in alternative investment funds, which is already widely practiced thoughout the world. The synergy between ALTUM, Swedbank Ieguldījumu Pārvaldes Sabiedrba and other private investors in the ZGI-4 fund will provide an opportunity for the growth and development of companies with high growth potential, while traditional financiers refrain from investing in them due to high risks."

Pēteris Stepiņš, CEO, Swedbank Ieguldījumu Pārvaldes Sabiedrība AS: "We have successfully completed our painstaking work on choosing a fund that lasted more than half a year, with countless hours spent on the evaluation of the fund, in-depth study, interviews and discussions with the teams of ZGI Capital and ALTUM. These investments are an excellent addition to our local investment portfolio in Latvia and the Baltic States, which is an integral part of our investment strategy. We believe that long-term local investment can beat impersonal global investment. Therefore, we expect that ZGI Capital's active role in the selection and provision of financing for innovative companies will not only give a good return for our customers, but will also be a healthy incentive for the development of venture capital and innovative enterprise ecosystems."

Normunds Igolnieks, leading partner of ZGI Capital: "First of all, we would like to thank for the trust our investors - ALTUM, the largest manager of the Swedbank pension fund, Central Europe insurer Balcia Insurance SE founded in Latvia and other private investors. We will use the gained experience of managing the fund of the fourth generation to get additional capital from investors and support local entrepreneurs, providing the necessary capital for future growth. We will invest in small and medium-sized enterprises that have entrenched in the domestic market and enter new export markets, mastering new innovative products or technologies, building up capacities, developing new lines of business, increasing profitability or automating the corporate processes. Currently, the first round of attracting fund investors is taking place. The fund starts its work, and our goal is to attract additional private investors within the next 12-24 months and increase the fund's assets to 35 million EUR."

Swedbank Ieguldījumu Pārvaldes Sabiedrība AS is the largest manager of the 2nd pension pillar in Latvia: as of August 21, 2013, the number of participants in the 2nd pension pillar managed by the company has already exceeded 542,000 people, and the amount of assets managed has exceeded 1.49 billion EUR. The company also manages the 3rd pension pillar plans. Swedbank pension pillars have been awarded the Investment and Pensions Europe awards as the best in various categories in Central and Eastern Europe. Investment and Pensions Europe (IPE) recognized Swedbank's 2nd pillar pension plan Dinamika as the best in Central and Eastern Europe in 2013, 2016 and 2017, and the Swedbank’s 3rd pillar pension plan Dinamika +60 in 2016 was recognized by IPE Real Estate Global Awards as the best real estate investor in Eastern Europe and several major Western European countries.

ZGI Capital is one of the most experienced managers of venture funds in the Baltic States, which started operations in 2005. Investment periods were crowned by three generations of funds: ZGI-1, ZGI-2, ZGI-3 and the next-generation venture capital fund ZGI-4. ZGI Capital was awarded an annual award by the Latvian Private and Venture Capital Association for four years – in 2014, 2015, 2016 and 2017. ZGI Capital is the manager of alternative investment funds registered by the Financial and Capital Market Commission (FCMC).